I began the year by writing about girl-on-girl crime -- the ugly way women treat and talk about each other. And now, here's an example playing out on the international stage.

At odds are Germany's minister for families, women and pensioners, Kristina Schröder and Alice Schwarzer, who is described by Time magazine as a "seasoned feminist intellectual."

Their on-going war of words over "sex, the role of women and feminism," has German politicos concerned about its "damaging consequences for gender equality and the division of the women's movement," according to an article by Time magazine.

The 33-year-old Schröder (right) is the youngest member of German Chancellor Andrea Merkel's cabinet. She told the German press that "(early) feminism overlooked the fact that partnership and children can provide happiness." 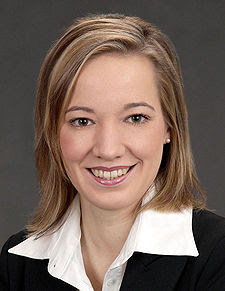 She continues, "For me, emancipation will only be truly reached if a woman can wear make-up and skirts without having her abilities doubted as a result." 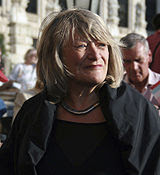 The 67-year old Schwarzer (left) retorted saying it's thanks to the (early) women's movement that women like Schröder are able to achieve positions of power. Then, she goes on to call Schröder "incompetent" and criticize her lack of initiatives to help women and girls -- among other things.

This situation exposes the complexities of the feminist movement -- from its beginning to its present state.

The first complexity is the definition of feminism itself. It does not fit neatly into a package. There is no single group called "feminists" under one umbrella of theory.

When Schröder refers to early feminism, it's safe to assume she means the liberal feminist movement based in the United States in the 1960s and 1970s.

The movement emphasized women's legal equality with men and defined working outside the home as the path to liberation and a means to achieve equality. The mistake the movement made was assuming all women are the same -- by virture of being female -- and that this path was right for all women. The movement also failed to take into account important factors of race and class. These two factors combine to create a flawed vision of feminism that has been perpetuated down through the decades.

Ugly stereotypes that still persist today are a nasty side affect of the early mistakes of liberal feminism.

And yet, even with its mistakes, the early feminists took brave first steps and made it possible for some women to benefit by attaining positions of status and power.

Schröder's other comments about Schwarzer's "radical views" have to do with understanding the radical feminist school of thought. Radical feminists are just that -- radical. They have some interesting ideas -- but they are out there.

Some radical feminists believe that the way for women to achieve liberation is through elimination of biological procreation. They view women's ability to reproduce as a weakness. These are the radical libertarian feminists.

At the same time, other radical feminists view women's abilities to procreate as a powerful strength. These are the radical cultural feminists.

The two camps also take opposing views on pornography. The radical libertarian feminists believe that women should be free to experiment with all kinds of sexual stimuli, while radical cultural feminists insist that pornography is harmful and degrading to all women.

However, it was the liberal feminists that pushed for women's education and laid the groundwork for what has become women and gender studies in universities and colleges -- not to mention the feminist research that was born out of that scholarship.

Still, the bottom line is that women should not be taking very public pot shots at each other over differences in theory. Why all the bickering over feminist thought? It just serves to hold all of us back and further divide us. 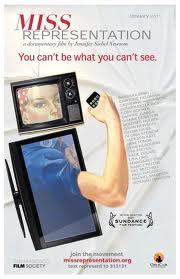 "'An Inconvenient Truth' of sexism in the media." -- Indiewire.com on "Miss Representation"